Save Us, Maria Montanelli

Save Us, Maria Montanelli by Herman Koch is one of the most moving school novels in Dutch literature. A stone-cold classic, in print for over twenty years and still relevant today.

The supposedly modern and liberal Montanelli Grammar School, where children are expected to be ‘extremely creative’ and teachers are far too well-intentioned, is the setting for this eerily recognisable novel. The main character is a pupil at this school. When he is linked to the drowning of a boy with learning difficulties, he is expelled from the school. In his story he tries to prove that the boy’s death was actually caused by the ‘posh South Amsterdam neighbourhood’ in which they live, an environment where money has become the measure of all things. His condemnation of this environment is tragic, for in spite of his criticism, he clearly remains a product of the environment he so despises.

In a penetrating manner, Herman Koch describes the fortunes and misfortunes of the fossilised teaching staff with its false cheerfulness and hypocritical belief in the ‘Montanelli Method’. 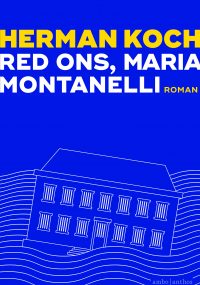 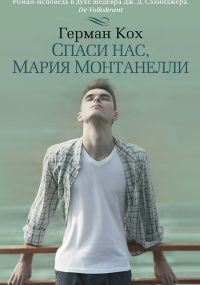 -view on map
'An incredible book. Enjoyably recognisable, and well written.' Sevendays
'One of the most moving school novels in Dutch literature.' Vrij Nederland
'In an extremely penetrating manner, Herman Koch describes the fortunes and misfortunes of the fossilised teaching staff with its false cheerfulness and hypocritical belief in the ‘Montanelli Method'.' De Ster
'Herman Koch's satirical masterpiece Save Us, Maria Montanelli should be compulsory reading in all schools.' De Volkskrant
'The best book to come along for some time.' Vrij Nederland

Read more
‘Herman Koch shows brilliantly how you can see things that might not be there at all, how your imagination can run away with you. The Ditch is an ode to the imagination.’ **** Het Parool

Read more
‘It is not just a page-turner, there are also plenty of belly laughs to be had.’ – **** HET PAROOL

Read more
‘A groundbreaking book, clever and important. It is an ext remely funny, ‘shake awake’ book, that we probably need more than we’d like to know. I hope that there will be more translations of Herman Koch’s books. It will be a pleasure.’ Nordjyske (Denmark)

Read more
‘While reading, you get caught up in the double-mesh nets of Herman’s actions and illusions.’ Trouw

Read more
‘This book delivers a wonderful mix of emotion and humour. From merciless to merciful and back again.’ De Morgen

Read more
‘Should Tom Sanders disregard that advice? Or should he tackle his son about his behaviour? That is the central dilemma in Easy Living, and Koch gets a devilish kick out of making Tom Sanders vacillate between these two options, and gets an even greater kick out of pushing him into a corner.’ Parool

Read more
'The best book to come along for some time.' Vrij Nederland