Fred Moorman is in his late forties and dreams of a black Jeep Cherokee and a whole new set of friends. His life has come to a standstill and bores him to tears. The days when he used to think about astronomy, about light years and black holes, are absolutely over. All he ever talks about now is endowment mortgages and cruise control. His fourteen-year-old son has long since stopped regarding him as a hero, and his wife thinks out loud about what her life would be like if he fell down dead. At the height of this midlife crisis, Fred happens to run into Max G., an old high-school friend who impresses him with his brutal, aggressive behaviour, his beautiful women, his bodyguard and his cars.

Max G. seems to have everything Fred doesn’t have: guts, assertiveness and a glamorous life. Fred begins spending more and more time with Max, even roping him and his criminal friends in when it comes to getting rid of a troublesome neighbour. But then Max G. is shot dead in a spectacular scene outside a restaurant – and we see the two men’s unequal friendship in a whole new light.

Odessa Star was the first of Herman Koch’s occasional series of novels about slightly psychotic men who breathe fire and brimstone all around them out of deep frustration with their middle-class lives. A suspenseful, witty novel that takes us to Amsterdam’s underworld. 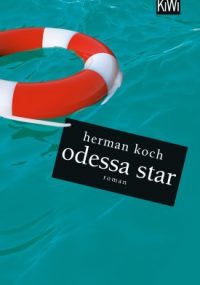 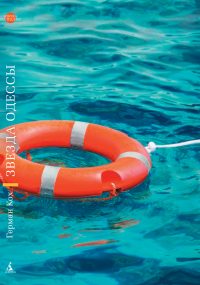 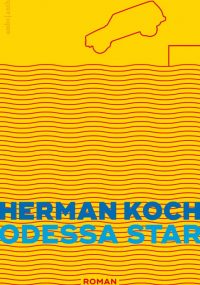 Netherlandsview on map
‘An intelligent, psychologically complex novel, exploring the boundaries of morality.’ STERN
‘Koch proved himself a master at recording absurd trains of thoughts and slapstick situations. Both painful and hilarious at the same time.’ NRC HANDELSBLAD
‘An ingeniously plotted story. Odessa Star reads like a thriller.’ TROUW

Read more
‘Herman Koch shows brilliantly how you can see things that might not be there at all, how your imagination can run away with you. The Ditch is an ode to the imagination.’ **** Het Parool

Read more
‘Koch proved himself a master at recording absurd trains of thoughts and slapstick situations. Both painful and hilarious at the same time.’ NRC HANDELSBLAD

Read more
‘War at Last is a book with a headstrong protagonist who, with all his fears and thoughts, quickly wins over the reader. The images are beautiful and powerful. The book’s whimsicality is a large part of its charm.’ Elsevier

Read more
‘The story unfolds from one powerful scene to the next, from one penetrating image to another.’ Vrij Nederland

Read more
‘We think Koch is a great writer. A fantastic anthropologist. He knows our quirks and our weaknesses, our desires and our fears, our poses and our hypocrisy. He has an eagle eye for the small, all-revealing gesture. He has the gift of plain language and, perhaps more importantly, the talent to capture the madhouse he believes the world to be and the pointlessness that he sees all around him in prose that almost always surprises and, yes, very often makes you laugh. That is pretty unique.’ De Standaard

Read more
‘The reader soon starts to hope for the know-it-all’s downfall, but Koch takes his time to satisfy that desire.’ de Volkskrant

Read more
'Herman Koch's satirical masterpiece Save Us, Maria Montanelli should be compulsory reading in all schools.' De Volkskrant